We’ve been privileged and blessed to help many great people solve their real estate needs.  We are grateful that they took the time to say a few words about their experience with us.

(*We only include genuine feedback on our site, all reviews our vetted through the third-party sites, Zillow.com, Google.com and/or the Better Business Bureau.   UPDATE: Due to Trulia’s merger with Zillow, information was lost in the transition.  Some of our reviews that were previously on Trulia.com are now only present on our website.*)

Here’s what they had to say…

… “He managed to go to closing on time, as promised, even though the COVID 19 lockdown happened in the middle of the process.“

Jonathan helped us when we had to sell our mother’s home after her passing. He managed to go to closing on time, as promised, even though the COVID 19 lock-down happened in the middle of the process. Jonathan had compassion for our grief, kept every promise, answered every call or text immediately, and went far above and beyond his obligations. When our charities shut down during COVID 19, he found people and organizations to take items we couldn’t bear to see discarded. He found family historical items we missed and got them to us even after closing. Jonathan’s honesty, efficiency, and his kind easy-going manner made a difficult time so much easier for us. Thank you, Jonathan!

“Jon and Nick where great to work with. Helped us through the entire process and did everything that they could do to make the process as painless as possible. Highly recommend if you are looking for fair and painless home selling.” 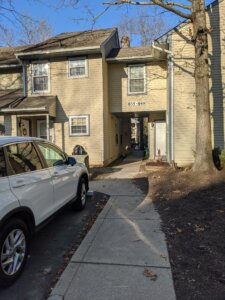 “I was moving out of state and I wanted to sell my home without the time and money it would take to get it buyer ready in addition to the stress of carrying 2 mortgages until the home sold. The minute I met Jonathan I knew this was a person who is first and foremost in the business of honesty and ethically helping people. He explained all of my options and clearly explained how the valuation process works. If you want to sell your home look no further you won’t be disappointed they exceeded all of my expectations and if I could give 100 stars I would.

… “It’s too bad there isn’t a ‘5 star’ to the fourth power rating. That’s what Halo Homebuyers deserves.”

“Halo Homebuyers – what an absolutely appropriate name! Jon was an angel sent from Heaven. From the very first contact to the closing day, he was a true professional, and a truly caring human being – what a breath of fresh air in today’s world. Jon took the time to find out exactly what our goals for our house sale were, went over all the possible sale scenarios that we could consider, fully explained their pricing methodology as well as what things to expect as we progressed toward the closing date. No matter what hiccups occurred along the way (not in the sale itself, but in dealing with emptying the house contents, etc.), Jon went way over and above what we expected to make sure that everything went smoothly. It’s too bad there isn’t a ‘5 star’ to the fourth power rating. That’s what Halo Homebuyers deserves.“

… “…the whole experience went seamlessly from the beginning to closing.”

“Halo HomeBuyers made the selling of my home as easy as possible. Jon had all the answers to my questions and the whole experience went seamlessly from the beginning to the closing. I cannot recommend this business enough! I thought that trying to sell a house in the middle of a pandemic was going to be a nightmare but Jon and his associates were all very helpful and accommodating. Thanks much and God Bless!”

… “He made it easier to sell my house than I ever thought possible.”

“I wanted to sell my house quickly and easily and didn’t want to be bothered with the repairs and updates it required.  But I was skeptical of the home buying business after reading some online horror stories. I called Halo Homebuyers because of their reviews and ratings. That first conversation with Jon changed my mind. He was candid and honest, explaining the whole valuation process to me. He understood my desire to act fast and was able to accommodate my schedule. He did the work but kept me informed every step of the way. He made it easier to sell my house than I ever thought possible. It was a  pleasure to work with him.”

… “They never pressured us but quite the opposite, they were so helpful.”

“From day one when we contacted Halo and spoke with Jon, he and his company have been incredibly kind, honest and professional. They never pressured us but quite the opposite, they were so helpful. They made a very difficult time so much easier then we expected.”

… “Extremely polite, efficient, and gave us a better price than their competition.”

“We sold a 60’s era shore house to Halo as part of an Estate Sale, since we are out of state and did not want to deal with the renovations, listing and selling this house. Extremely polite, efficient and gave us a better price than their competition. Handled all of the paperwork and inspections for us, and in the end, both parties walked away happy. We would certainly use them again!”

… “My experience echoed those of the other reviewers – Jon and his team were a pleasure to work with, and everything proceeded without a glitch.”

“Faced with the task of selling the home in an adult community that my parents occupied for 30-plus years, I decided to explore the prospect of selling it to a company specializing in home buying/real estate investment, rather than following the more traditional (and unpleasant) route of placing it on the market myself or listing it with a realtor.

A search of such companies led me to Halo Home Buyers. I was impressed enough by both the content on their web site and all of the complimentary reviews, that I placed a call to Jon. I quickly realized that I had found someone that I would like to work with. I felt Jon was bright, forthright, and personable. We scheduled a time to meet in person and review the property,  which confirmed my initial impressions. We quickly negotiated what I felt to be a realistic price, formalized the deal, and closed approximately three weeks later.

My experiences echoed those of the other reviewers – Jon and his team were a pleasure to work with, and everything proceeded without a glitch.  The entire experience exceeded my expectations.”

… “working with Jon from Halo was one of my most positive transactions in selling a house I have ever had!”

“I want to begin with saying working with Jon from Halo was one of my most positive transactions in selling a house I have ever had! After losing my father-in-law there was so much grief to deal with and selling the house just added to it. My husband received a letter from an investor and contacted him. Everything was a go and moving along with all the paperwork at our attorney’s office……then there was a complete stop. The deal that was going to close in one to four weeks…….then the communication completely stopped on their end. After receiving a letter from Jon, I met him at the house for him to give me an appraisal of what he thought. Did you ever have a good gut feeling about someone? I did and it was Jon. From the time we met till the time we closed, even with a small hiccup that had nothing to do with Jon or us, he was a man of his word. It was a pleasure to deal with an honest, down to earth kind man. Thank you Jon for all you did for George, Frank and I! Most appreciated!”